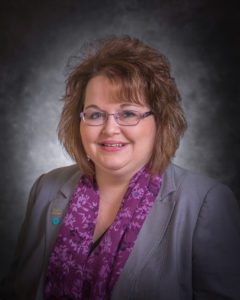 MILTON – Tea Jay Aikey has been named the next President/CEO of the Central PA Chamber of Commerce, effective Oct. 8.

Aikey has served the Chamber since March 2011, initially as Executive & Finance Assistant before moving to the position of Finance & Membership Director earlier this year.

She is a Milton Area High School graduate and has experience in manufacturing, marketing, not-for-profit work and customer service. She is known by many members of the Central PA Chamber as a point-of-contact.

“The members have come to know they can count on me to assist in finding ways and resources to solve their issues and that will not change,” Aikey said. “I have a desire to go above and beyond expectations with a warm and friendly approach.”

The Board of Directors conducted an extensive search this past summer for a new Chamber leader. This followed the unexpected passing of Bruce T. Smith, Jr., who was President/CEO since January 2014.

“Tea Jay has been an integral part of the Central PA Chamber of Commerce team as long as I have been associated with the Chamber,” said Dale Moyer, Chairman of the Board of Directors, who served as Interim President/CEO during the search. “Her knowledge of the region and the Chamber will serve her well in the role of President/CEO.

“Tea Jay has many ideas on advancing our initiatives and strategies, and as Chairman, I look forward to working with her.”

Aikey said she was honored to be selected from among a large group of qualified candidates, and knows she has a solid team around her.

“I plan to focus on ways to create and continue programs and services that will support our members’ economic and business development,” she said. “I am reminded of the quote ‘people don’t care how much you know until they know how much you care.’

“I would like to think it is safe to say that anyone who has met me knows just how deeply I care about the members of the Central PA Chamber of Commerce.”