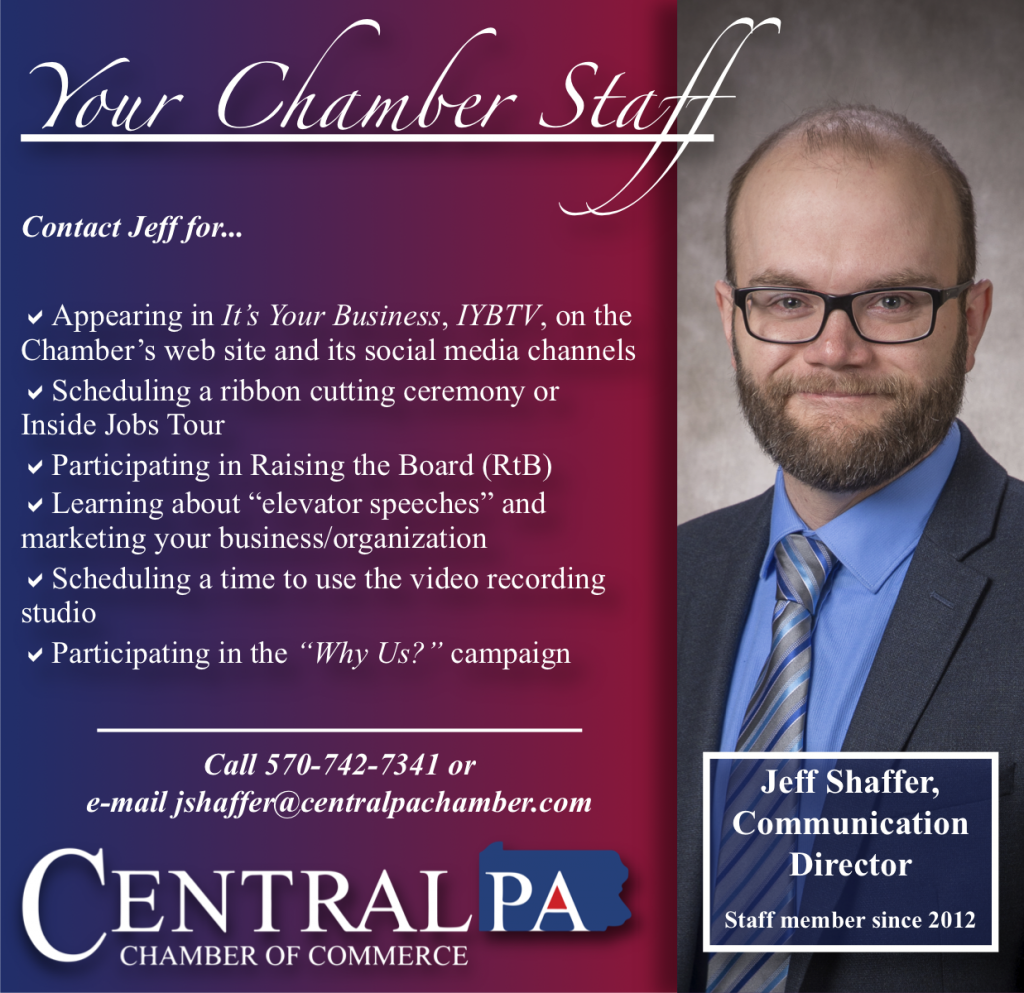 Jeff was hired by the Central PA Chamber in August 2012 and supports the organization’s Public Relations efforts. He formerly served as the Business & Education Coordinator.

He is the editor of It’s Your Business, the Chamber’s monthly publication, which is all about the membership. Jeff also handles numerous design projects and produces video content. Feel free to contact him for story ideas, writing tips, media contacts and more.

Prior to joining the Chamber staff, Jeff was employed nearly five years as a Staff Writer for the Standard Journal newspaper in Milton. Later, he spent more than two years as News Director for the radio stations of Max Media of Pennsylvania (now Seven Mountains Media) in Selinsgrove. He has won multiple PAB (Pennsylvania Association of Broadcasters) Awards for radio programs and public service announcements.

He is a 2001 graduate of Line Mountain High School and a 2005 graduate of Lock Haven University, receiving a bachelor’s degree in Mass Communications and Journalism with a dual emphasis is print and broadcast.

Jeff has volunteered with several area organizations. He currently sits on the Board of Directors for Pinpoint Federal Credit Union, Milton, and is heavily involved at Wesley United Methodist Church in Selinsgrove, serving on multiple committees and playing in the bell choir.

Jeff and his wife, Bethann, live near Sunbury. They are big supporters of Penn State and its football program…Go State! They also enjoy the outdoors. A great day would be hiking, biking, kayaking, going to the shooting range and then heading to a local brewery to relax.

The Shaffers also love to travel both domestically and around the globe.

See how your business or organization could join for just $135 the first year! Click here!